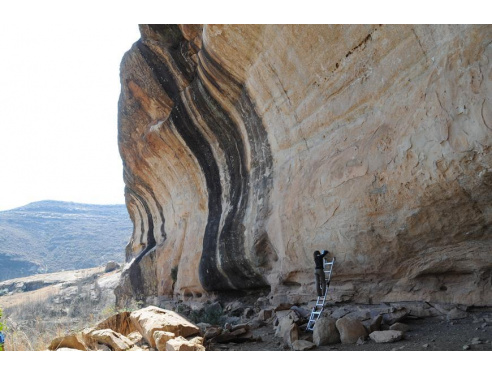 Scientists have pioneered a technique to directly date prehistoric rock paintings in southern Africa, which reveals dates much older than previously thought.

In a study published in the international journal Antiquity, Professor David Pearce, Director of the Rock Art Research Institute at the University of the Witwatersrand, Johannesburg, Adelphine Bonneau of Laval University, Canada, and colleagues at the University of Oxford showed that paintings in south-eastern Botswana are at least 5500 years old, whilst paintings in Lesotho and the Eastern Cape Drakensberg, South Africa, date as far back as 3000 years.

The findings represent a major breakthrough in archaeological research. These dates open the floodgates for researchers to ask and answer questions about the rock art that have baffled them for decades.

The dates obtained show some surprising results. In some sites, paintings continued to be made for more than a thousand years.

“This is astonishing,” says Pearce, “people returned to the same rock shelters over very long periods of time to make rock paintings very similar to those made centuries or millennia before. This finding has profound implications for our understanding of hunter-gatherer religion in southern Africa.” 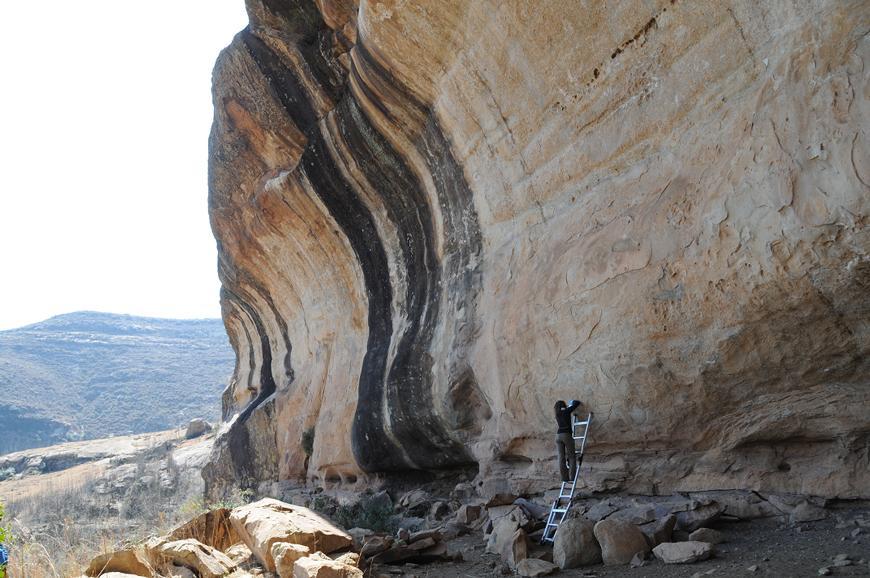 Research was conducted in the Thune Dam in Botswana, the Metolong Dam area in the Phuthiatsana Valley of Lesotho, and the Drakensberg Escarpment of the Eastern Cape in the ‘Nomansland’ region of South Africa. A total of 43 new dates were produced from these three areas, including the first direct dates on rock paintings ever in Botswana and Lesotho.

The new dates were obtained using radiocarbon dating. Over the decades rock art has proved extremely difficult to directly date. Indeed, it has been a major obstacle in this area of research. The success of this project is based on very careful chemical characterisation of the composition of the paint and contaminants on the rock. New chemical techniques were developed to remove contaminants from small samples of paint. These could then be dated using accelerator mass spectrometry (AMS) radiocarbon dating.

The two-phase research project entailed collecting tiny (less than a millimetre squared) quantities of pigment from the rock painting and then analysing these samples to determine which art should be sampled for AMS radiocarbon dating. The samples that contained the most carbon-black (and thus most likely to reveal dates) were then radiocarbon dated. 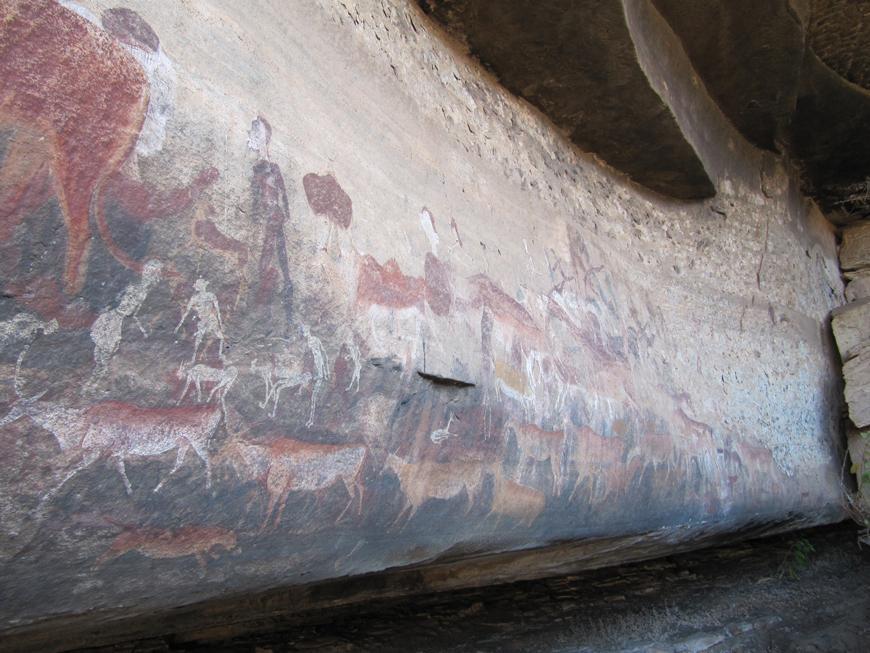 The dates reported in this study form the biggest set of direct dates on rock art in South Africa and the only direct dates ever obtained in Botswana and Lesotho.Lead author, Bonneau, concludes in the paper: “This protocol is a step forward in the field of rock art dating by reducing the sample size to be collected, by optimising the success rate of such dating, and by limiting the impact on such valuable paintings while providing new chronological insights.”

Lead author, Bonneau, concludes in the paper: “This protocol is a step forward in the field of rock art dating by reducing the sample size to be collected, by optimising the success rate of such dating, and by limiting the impact on such valuable paintings while providing new chronological insights.”

The authors of the study believe that the techniques they have developed have wide applications around the world.