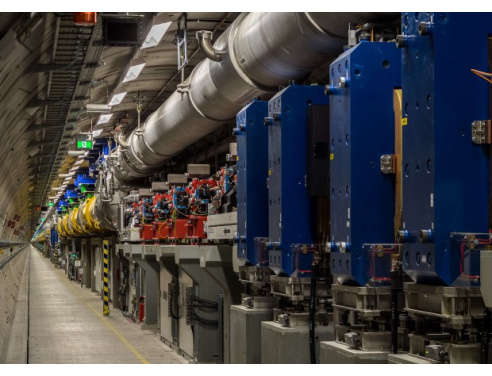 The European XFEL has reached an important milestone on the way to its operation phase: The Accelerator Team has guided the first electrons from their initial acceleration point in the facility’s injector into the superconducting main linear accelerator, which is cooled to -271°C (2 Kelvin). After passing through the first four accelerator modules and a subsequent section wherein the electron bunches are compressed, the particles were captured in an electron dump about 150 metres away.

“The first cooling of the accelerator was a critical phase in the commissioning of the European XFEL”, said Hans Weise, leader of the Accelerator Consortium responsible for building the accelerator. “The cooling plant team has mastered this through great commitment and much outstanding intuition.”

At the beginning of December, the experts began to flush the cryogenic system of the accelerator and fill it with helium. On 28 December, after three weeks at the 4-Kelvin (-269°C) mark, the so-called “cold compressors” were switched on. They lowered the pressure of the helium in the linear accelerator to 30 millibar so it could cool further to 2 Kelvin (-271°C, the operational temperature of the accelerator). At the beginning of January, the machine physicists brought the European XFEL injector, which has a superconducting segment within it as well, back into service. After a successful test operation in summer 2016, the injector had been turned off so that the chicane connecting it to the main accelerator could be built. After a short time, the injector again achieved the beam quality of the test operation in summer, and the team could then direct the first particle beam through the chicane and into the main accelerator.

“We now have sufficient control over the pressure and temperature in the superconducting accelerator, such that we can feed the cavities with the first high frequency field”, Weise explained the next task for the scientists. The 32 resonators in the first four modules are then being brought to resonance frequency and fine-tuned to one another so that the particle bunches can be accelerated through them.

In the next weeks and months, the successive commissioning of the remaining accelerating sections is planned. As soon as the acceleration is high enough, the electron bunches will be sent through the undulators, which are special magnetic structures in which the X-ray flashes will be generated. 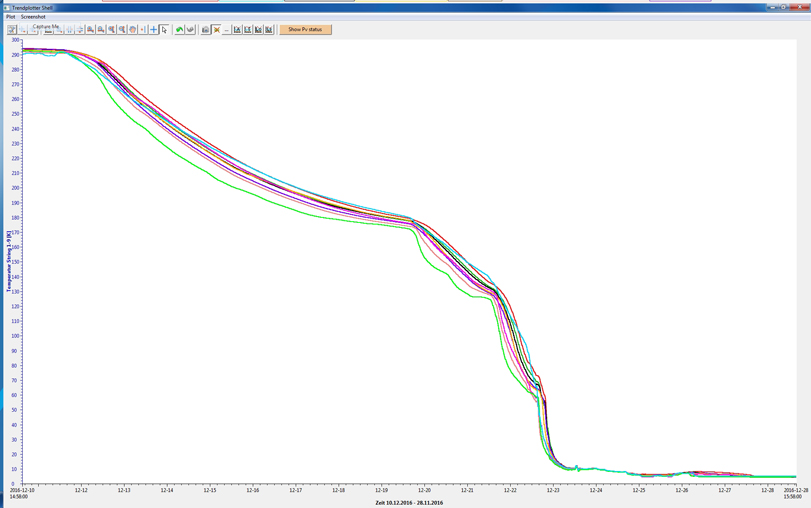