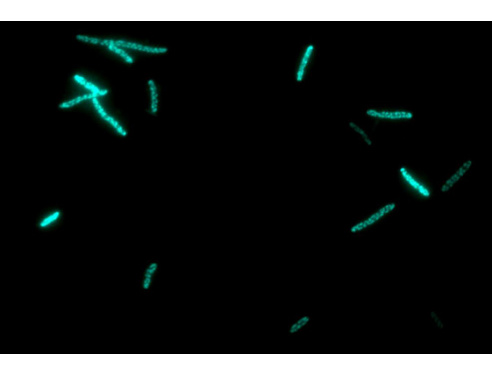 P450 is the name of a type of cytochrome, a specialised enzyme. These are used by plants to synthesise chemical compounds with many different functions, but their main use is in defending against herbivores, insects and microbes.

The team has produced P450 enzymes - powerful compounds used by plants to defend themselves - in 'E. Coli '

“These powerful compounds can be used as active ingredients in drugs for treating diseases such as cancer and psoriasis,” SINC was told by the Spanish researcher Darío Vázquez-Albacete, the lead author of a paper describing a new method of producing the enzymes in bacterial cell factories.

The findings of the study, developed at the Novo Nordisk Foundation Center for Biosustainability, a research facility managed by the Technical University of Denmark, were published in the journal 'Biotechnology and Bioengineering’. 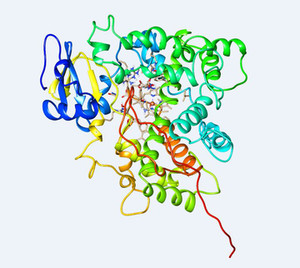 Simulation of a three-dimensional structure of a plant P450 enzyme. / DTU

According to Vázquez-Albacete, “the new technique is a significant step forward, as plants produce P450 enzymes in very small amounts, extraction is very complex and sometimes we have to use polluting chemical synthesis processes which involve the use of oil derivatives. Additionally, some plant species such as the yew (Taxus baccata), from which the cancer drug Taxol is obtained, are endangered species.”

“We have developed tools which will allow the proteins from plants that produce these compounds to be recognized by the bacterial molecular machinery. The aim is to use bacteria because they arecapable of growing rapidly in controlled fermenters, allowing us to produce large quantities of the enzymes,” says the researcher.

To achieve these results, the researchers modified and transferred P450 genes from plants to E. Coli bacteria and to check whether the microbes could produce larger quantities of these enzymes than existing methods.

Vázquez-Albacete says that “in order for bacteria to properly express the enzymes, the corresponding DNA sequence must frequently be modified to facilitate ‘decoding’ by the bacteria’s system.” 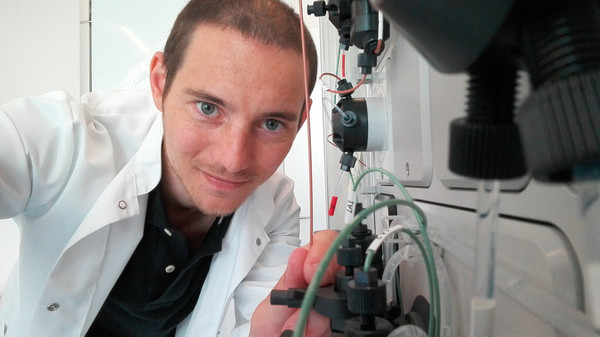 The Spanish researcher Darío Vázquez-Albacete in the laboratory of protein production at the Technical University of Denmark. / DTU

In the study, the team developed a toolbox of ‘auxiliary’ DNA sequences, allowing them to express around 50 P450 enzymes from different plants in E. coli.

Some of these enzymes are involved in the synthesis of ingenol to treat psoriasis, and others in the production of the cancer drug Taxol

Some of these enzymes are involved in synthesising the natural compound ingenol, which is used to treat psoriasis and is currently manufactured using traditional chemical techniques. Other P450s are used to produce the cancer drug Taxol.

The researcher stresses that plants generate a variety of interesting compounds to protect them from the sun and from predators, dehydration, etc. “Many of these are synthesised by P450s, whose function is still very little understood, so there is enormous potential to discover new compounds.”

Besides the Novo Nordisk Foundation team, a handful of other groups are already following this line of research. Pharmaceutical firms have already displayed interest in the new technique.