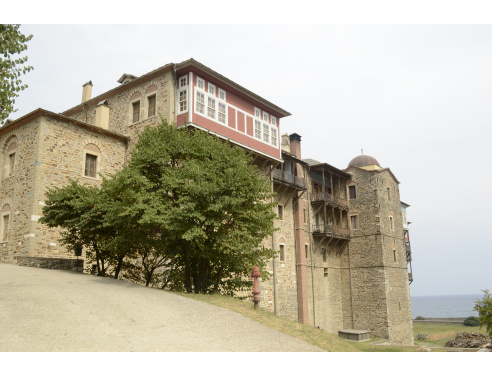 The IV International Scientific Conference "The Orthodox Scholar in the Modern World" took place in Thessaloniki, Greece, September 25 - 26, 2015. The theme of the conference was "Values of the Orthodox Christian World and Modern Society"

Held this year for the 4th time, the conference takes place annually, with different universities and higher educational institutions  hosting the event each year. The theme of this year‘s conference was "Values of the Orthodox Christian World and Modern Society". A clergyman of the Diocese of Voronezh, Archpriest Gennady Zaridze, abbot of the Church of the Intercession of the Holy Virgin (Otradnoye, Russia) participated in the conference with the blessing of Metropolitan Sergius of Voronezh and Liski (Russian Orthodox Church, Moscow Patriarchate).

This year’s conference was hosted by the Spiritual Center of St. Gregory Palamas (Thessaloniki, Greece) and attracted scientists from Russia and Europe. This major scientific event was organised jointly by the Association of Orthodox Christian scholars, a Russian inter-regional public educational organisation the Holy Metropolis of Thessaloniki, and the University of Ecclesiastical Academy of Thessaloniki, with the support of the Solun Greek Orthodox Pilgrimage Centre. This was not the first year that the Association of Orthodox Christian Scholars hosted the Conference outside of its hometown – last year’s scientific session was held at the Trinity Lavra of St. Sergius. However, this was the first time the Orthodox Christian Scholars’ conference was held abroad. Scientists from Russia and Ukraine were offered a rich and diverse 6-day programme, visiting sacred sites in Greece before the official start of the conference (male members visited the Holy Mt. Athos), and even enjoying an opportunity to bathe in the Aegean Sea.

The opening ceremony and plenary session took place in the main hall of the Spiritual Center of St. Gregory Palamas on September 25th. Metropolitan Anthimos (Roussas) of Thessaloniki gave his blessing to participants of the IV International Scientific Conference "The Orthodox Scholar in the Modern World". The Consul General of the Russian Federation to Greece, Alexey Popov, gave a welcoming speech to the Conference in Thessaloniki. Addressing the gathering, he wished participants a fruitful and rewarding discussion, and God’s help in strengthening the Orthodox Christian faith in human hearts.

The first report presented to the plenary session  was on "The Necessity of Teaching of Moral and Spiritual Culture in Higher Education as a Method of Overcoming Anthropological Crisis" given by the Chairman of the AOCS, Archpriest Gennady Zaridze. Father Superior Cyprian (Yaschenko) was next to take the floor.

The session consisted of 15 comprehensive reports, delivered by scientists from Russia, Greece, Poland, Ukraine and Serbia. All the reports looked at the urgent problems and challenges posed to Orthodox Christianity by modern society.

The next day was a day of workshop sessions. Before the workshops, conference participants came together for the Divine Liturgy at the local church of St. Gregory Palamas, located on the campus of the Ecclesiastical Academy. The ceremonial Divine Service was led by Protopresbyter Gregorios Stamkopoulos, assisted by Father Superior Cyprian (Yaschenko), and  Archpriest Gennady Zaridze. A special feature of the Liturgy was that the majority part of the service was led in Greek, with some occasional prayers and petitions in Russian. During the worship service scientists asked God for His blessing on the conference, and prayed for their new friends. Many members of the Association of Orthodox Christian Scholars received the Holy Communion that day.

The conference continued after breakfast with three workshop sessions: "Contemporary Upbringing and Education and the Creation of Orthodox Civilisational Values: Issues and Prospects", "Orthodoxy and Modern Civilisation: Science, Ecology, Medicine and Man", and "Social and Ethical Values as Instruments for the Development of an Orthodox Worldview". About 20 papers were submitted for presentation at each workshop, facilitating sharing of ideas and intensive discussion until late in the evening.

The closing session of IV International Scientific Conference adopted a resolution with all the participants being invited to share final post-conference dinner. The Conference was attended by 130 participants from  Russia, Ukraine, Belarus, Serbia, Montenegro, Macedonia, and Greece. Certificates of Attendance were awarded to all speakers and conference chairs. A total of 58 papers were delivered at the conference, with15 being presented in plenary session and 43 in workshop sessions.

All participants felt that the Conference was excellent, both in terms of organization and content. The Polish delegation expressed its wish to host the Conference next year.