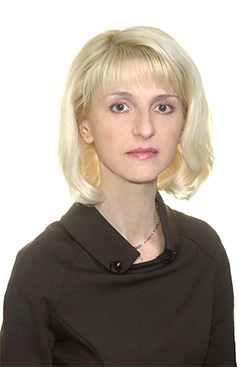 Tambov regional branch of the Association of Orthodox Christian Scholars was established in 2014. At the moment administrative support team consists of 5 people..

The key aim of Tambov regional branch is to implement the following Association of Orthodox Christian Scholars’ special programmes:

1. Establishment of Orthodox Christian youth centers at universities and colleges.

2. Identification of academically talented children and youths, providing them with support and opportunities for personal development.

The head of Tambov regional branch is Natalia Antonenko, Dr.of History, senior lecturer, the Head of State and Municipal Management department at Michurinsk State Agrarian University. Dr. Antonenko is awarded Certificate of Honour by the Ministry of Education and Science of the Russian Federation and has received appreciation letters from the government of Tambov region for her outstanding contribution to the professional development, academic achievement and personal growth of the students.

Fields of her scientific interests include history of social thought in Russia, history of Russian Immigration, history of political movements and parties, history of governance and state service in Russia, and the spiritual history of Tambov region. Dr. Antonenko is awarded 4 grants by Russian Humanitarian Scientific Foundation. She published more than 110 scientific, educational and methodological publications, including 7 monographs.

Tambov regional branch of the Association has the following key goals:

• Missionary and volunteer work at:

-       a nursing home in the village of Zeleny Giy, Michurinsk district of Tambov region

-       a children’s home in the village of Zavoronezhskoye, Michurinsk district of Tambov Region.