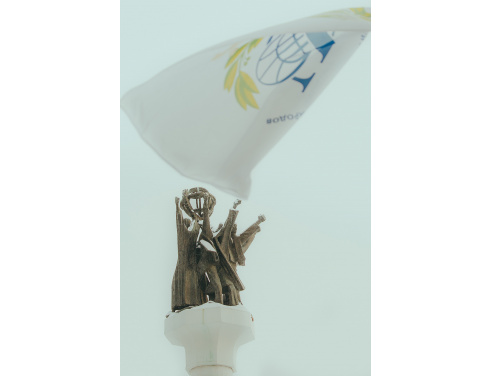 On the 23rd of January 2016 in the frames of XXIV International Christmas Readings the Association of Orthodox Christian Scholars jointly by People's Friendship University of Russia, and Moscow Orthodox Theological Academy organized and ran a workshop session 'Spiritual and Moral Culture in Higher School'.

The plenary session was opened by the rector of People's Friendship University of Russia, the chairman of Higher Attestation Commission Vladimir Filippov. Then Sergey Glazyev, an economic security advisor for the Federation Council of Russia, Full Member of Russian Academy of Science, gave a welcoming speech to the members of the Conference. The other welcoming speeches were delivered by the Chairman of the Education Committee of the State Duma Vyacheslav Nikonov; the Justice Minister of Russian Federation Alexander Konovalov; the Director of the Department of Additional Education, Training and Youth Policy of the Russian Ministry of Education and Science Alexander Stradze.

The Chairman of the Education Committee of the Russian Orthodox Church, the rector  of the Moscow Orthodox Theological Academy, Archbishop Eugeny of Vereya noted in his speech:'In the sphere of education it appears to be impossible to provide the sum of knowledge on the subject without setting  high moral benchmarks'. The rector of Moscow State Pedagogical University, Alexey Semenov in his report touched  upon the theme of development of Spiritual and Moral potential of the future teachers in frames of a Pedagogical Institute. The Chairman of the International Law Commission of the UN Association of Russia, a member of expert advisory Body of International Law of Russian Federation Ministry of Education, Aslan H. Abashidze brought up a particular subject of today- 'The role of the family in the globalizing world.'

The next report, presented to the plenary session by Archpriest Gennady Zaridze, the Chairman of the Association of Orthodox Christian Scholars, was on Moral and Spiritual upbringing in Higher School, representatives of which are members of the Association.

The scientists, lecturers, and teachers of the Religious and Secular Universities and Academies, representatives of the Clergy, the leaders and specialists of State  Organizations, students took part in the Conference.

The closing session of the Conference adopted a resolution with all the participants being invited to attend an amazing concert of Classical and modern symphonic music performed by Russian Chamber Orchestra of Kursk State University under the direction of Sergey Proskurin.

Conference pictures are made by Maxim Petrov.