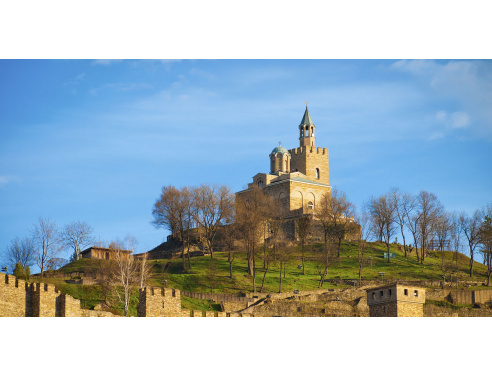 Round table «Science and Orthodoxy: strategies of development» was held in Veliko Tărnovo( Bulgaria) on the 22nd of February.

The event was organized by the Association of Orthodox Christian Scholars and St.Cyril and St. Methodius  University of Veliko Tărnovo. This University is the second biggest in Bulgaria after Sofia University”St. Kliment Ohridski”.

The participants of the Round Table were also welcomed and addressed by the Dean of the Department of History, Doctor of History, Professor Ivan Tyutyunjiev, Professor Milenko Bodin, Doctor of Sciences( Belgrade, Serbia). Scientists from Russia, Bulgaria, Serbia, Poland exchanged their views on necessity of forming a coherent platform for cultural,  spiritual, and moral upbringing of the Youth, as the result of which a resolution, containing all further vectors of work with students of Higher School, was adopted.

In the frames of the Round Table other papers, published in the bulletin, were submitted for presentation. Bulgarian colleagues got interested in work of the Association of Orthodox Christian Scholars. The branch of the Association in Bulgaria extended by virtue of accepting new members.

The second day of the visit started with all the participants coming together for  the Divine Liturgy and receiving the Holy Communion in Veliko Tărnovo Cathedral, after which the guests went on excursion to unique places of ancient capital of Bulgaria, organized by the host.

At the day of the departure the group of scientists visited the Church of St.Nicholas in Sofia, where the Holy Relics of recently canonized Bishop Seraphim ( Sobolev) are kept.

Bishop Seraphim was one of the rectors of the Voronezh Theological Seminary before the Russian Revolution of 1917. He is also known as the author of papers about monarchism and the Russian ideology.

All the  participants of the Round Table are thankful for a really warm reception, given by Doctor Ivan Tyutyunjiev, his assistant Aneta Nicolova, and everybody, who helped them in organizing the Round Table and the excursion.